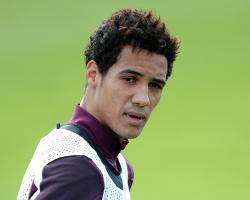 Reds boss Stuart Pearce is keen to breathe new life into his side's promotion push, following a seven-match winless run in the Sky Bet Championship, and he hopes to sign the 22-year-old winger on an initial month-long loan.

Ince, who Pearce knows well from his time as England Under-21 manager, joined Hull from Blackpool in the summer but has found first-team opportunities limited at the KC Stadium and has not been involved in Steve Bruce's squad for the past month.

The Tigers' exit from the Capital One Cup could see Bruce allow a number of his fringe players to leave on loan and get games, and Pearce is hopeful of completing a deal for Ince ahead of Forest's league game at Huddersfield on Saturday

Forest's run of five draws and two defeats has seen them slip from the top of the table down to seventh place, although injuries to key players such as Andy Reid, Jack Hobbs and Chris Cohen have not helped Pearce