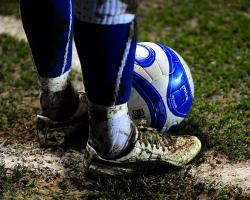 No new worries for Reds

Nottingham Forest have no new problems as they look to halt a run of three successive goalless draws against Ipswich at the City Ground.

Without a goal in the league since scoring five against Fulham last month, Reds boss Stuart Pearce will be pleased to have Matty Fryatt back in contention

The striker returned after a five-game absence with a groin injury as a second-half substitute at Wigan in midweek and he could go back into the starting line-up on Sunday.

Andy Reid is nearing a return from his groin problem but with the visit of Mick McCarthy's men the final match before a two-week international break, it seems unlikely that the midfielder will come back into the reckoning.

As well as Fryatt, Pearce can call on Dan Harding, Dan Fox, Jamaal Lascelles, Jorge Grant and Lars Veldwijk should he wish to freshen up his team.

The Crystal Palace loanee, who arrived at the beginning of the week, scored the leveller during Tuesday's 1-1 draw at Sheffield Wednesday just four minutes after coming off the bench and could feature from kick-off this time around.

Midfielders Paul Anderson and Kevin Bru will be hoping for recalls having dropped out of the starting XI in midweek as the Tractor Boys look to stretch their current unbeaten run in the Sky Bet Championship to seven games.